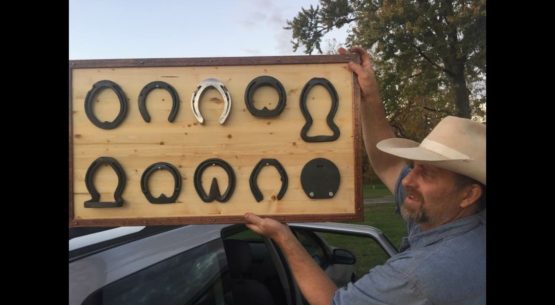 The examination has two modules. The first is the practical module, which tests farriers on an exhibition of shoemaking, a live shoeing and an oral discussion of farriery. The second part is the theory module, which consists of a written paper in which farriers answer five questions on anatomy, physiology, function and farrier theory. For candidates who pass one module, the failed part can be retaken independently. It is important to note that all testing in the Worshipful Company of Farriers is written in the King’s English, which does have different terminology than the English we speak in the United States. Candidates are well served to study the UK Study Guides and recognize these differences in terminology prior to testing. Detailed information can be found on the WCF website: http://www.wcf.org.uk/awcf.php.

A United States (US) based candidate for the AWCF must first be an American Farriers Association (AFA) Certified Journeyman Farrier (CJF) for a minimum of two years and be a member in good standing with the AFA. This and a payment of approximately $530.00 earns a reciprocity exchange for a Diploma in the WCF (DipWCF). The two-day AWCF examination, if held in the US, currently costs $1,600.00. For overseas candidates only, such as the US, there is now a Fast Track Option where the candidate, who does not hold the DipWCF or equivalent (the AFA CJF with two years experience), supplies evidence of six years of qualified gainful shoeing in the farrier’s own country and pays the ‘Fast Track’ Fee, may also be granted acceptance to present for the AWCF examination.

Those achieving the AWCF qualify to test for the highest examination level of the WCF, Fellows of the Worshipful Company of Farriers (FWCF). Testing for the AWCF is held over a period of two to three days and have been held at both the Heartland Horseshoeing School and the Kentucky Horseshoeing School. The Kentucky Horseshoeing School has tentatively scheduled AWCF examination dates of October 20-22, 2017. Iowa State University is also planning an AWCF Pre-Certification Clinic with Travis Burns, CJF, TE, EE, FWCF, Chief of Farrier Services at Virginia-Maryland College of Veterinary Medicine, with dates soon to be announced.

Doug Russo, CJF, AWCF, is the Resident Farrier of the Iowa State University College of Veterinary Medicine and is the Instructor of their Farrier Course. Doug is a Past President of the Michigan Farrier’s Association and has been exceptionally active and supportive of the Iowa Professional Farrier’s Association. He is an active participant in several committees of the American Farriers Association and is currently Chairman of the AFA Equine Research Committee.

Congratulations Doug and thank you for all you do!!

We are excited to host former American Farriers team member and WCB stonewell striker of the year Joe Nygren CJF as our fall clinician. Make sure to save the date September 8th and 9th for this hands on clinic. The clinic will serve …

American Farriers Association Region 3 Clinic Dynamic Approach to Balance Mike Poe, CJF, AWCF To view the flyer, click here Mike Poe is an Associate of the Worshipful Company of Farriers and an AFA Certified Journeyman Farrier. He is also an AFA provisional …